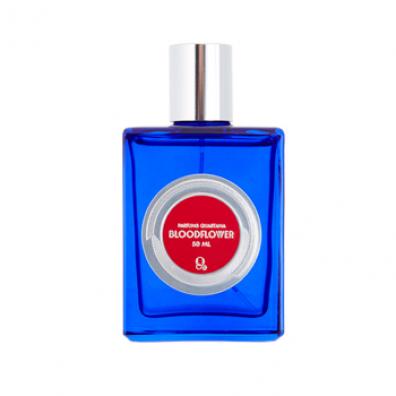 THIS ITEM IS OUT OF STOCK, HOWEVER YOU CAN STILL SIGN UP AND HAVE OUR FRAGRANCE SPECIALIST SEND YOU A RECOMMENDED FRAGRANCE TO GET YOU STARTED
Get Started
DISCOVER THE FRAGRANCE YOU'VE BEEN SEARCHING FOR. FIND YOUR PERFECT SCENT NOW!
APPROXIMATELY ONE MONTH SUPPLY OF FRAGRANCE FOR $15.95

It has notes of Licorice, Anise, Blood Accord, Clover, Orris, Dark Rose, Amber and Patchouli.

Commentary from Joseph Quartana: "While used as a poison in Brazil, Bloodflower’s key feature is its role in the

transformation of the Monarch Caterpillar into the majestic Monarch Butterfly, so emphasis was placed on the

fragrance transforming in front of one’s nose. Given the name, we wished to attain a haute-Goth experience by

adding blood accord, but sweetening it up through the addition of black Sambuca, a dessert liquor; the result

hints at the vampirish. The fragrance is also imbued with rose for dark romance and various spices for passion."

"Look at my blood flowers, because I write with a serene sharp blade that soothes as much as cuts into the deepest parts of my soul"
— Basith

Created by Joseph Quartana, founder of both Six Scents Parfums and the former cutting-edge

scents. The brand is the culmination of Joseph Quartana’s unique vision, produced in small batches

About the Perfumer: Alexandra Carlin

Fascinated by the power of words, Alexandra has always been attracted to the world of literature.

Perfumery revealed itself as a vocation and as a way to tell stories when she was 18 years old. Determined

to find fulfillment as a perfumer, she entered the International Institute of Perfumes, Cosmetics and Aromas

(ISIPCA) in Versailles in 2002 and joined Symrise as Junior Perfumer in 2007.  According to Alexandra,

“raw materials are rich with sense and emotions“.  She is deeply moved by certain essential oils, which she

explores tirelessly in order to understand and transcend them and one day, master their multitude of facets.

For $15.95 a month, receive .30oz/9ml, approx. 150 sprays. One month supply of fragrance. Free shipping. (Other monthly plan options available at checkout)
PREMIUM FRAGRANCE
Your membership will be charged an additional $5.00 for this Premium Fragrance
Disclaimer:
LUXSB is a solely independent company from the designers or the designer's manufacturers. LUXSB independently re-bottles original fragrances.

Kggilbert2
5
June 25, 2018 :
5
October 4, 2018 :
I first found this perfume by looking up ones that had anise notes in it...and this one had blood accord note and i thought that sounded really interesting. I read other reviews on other site and a lot said how much they hated it and vile it smelled....I am little different so I figured I would like it, and Guess what ? I was right ? It smells good and long lasting. It really does have blood/metallic smell to it...It's very complex and I absolutely love it
Become a member to leave your review!